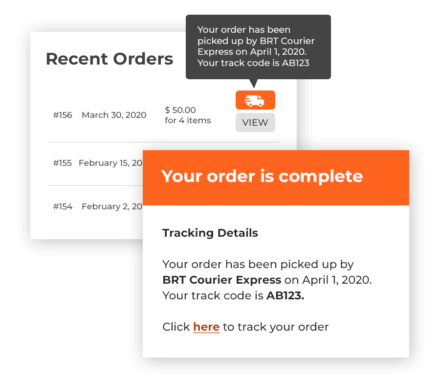 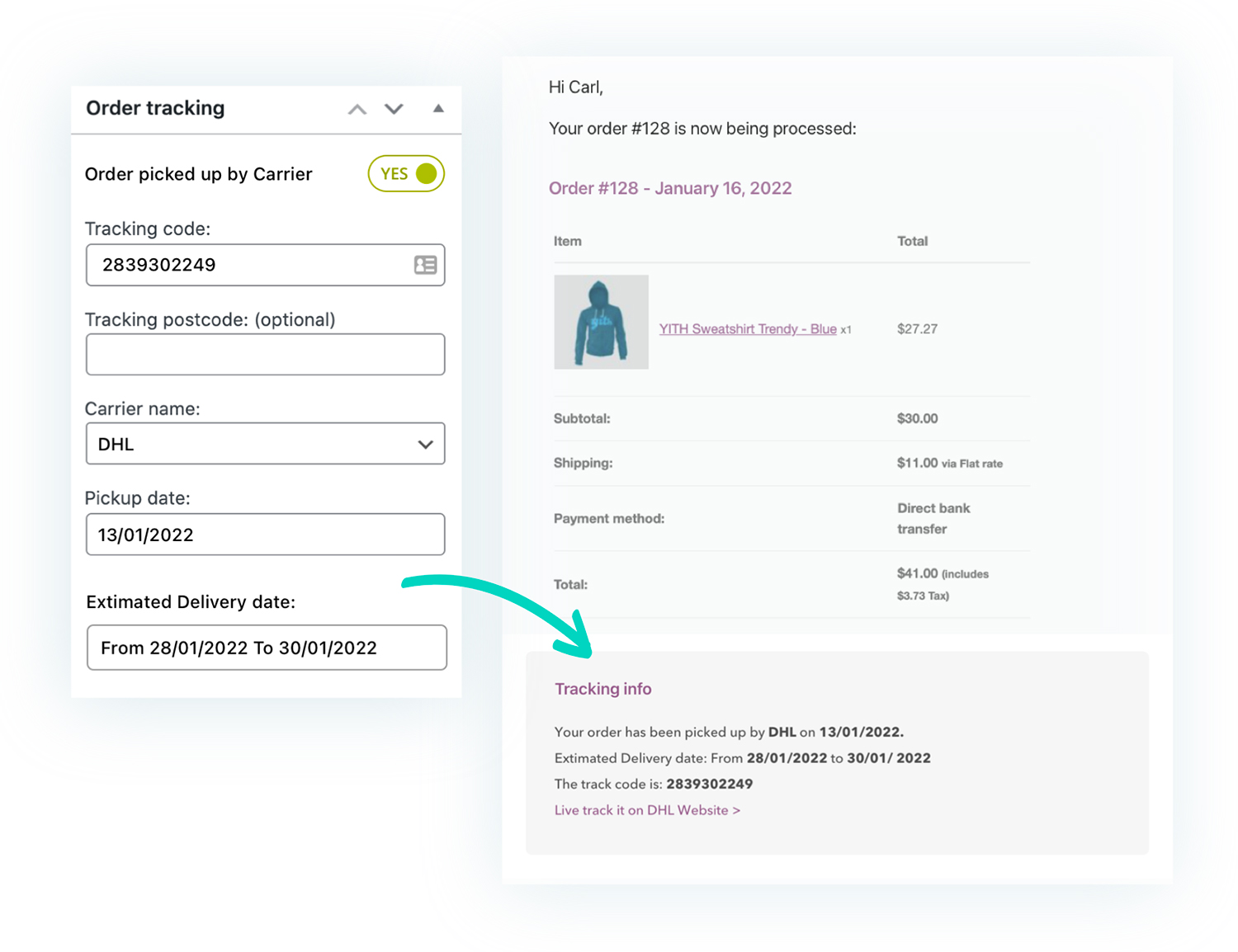 Allow orders and shipping tracking to build trust with your customers

Offering a positive buying experience should be the main goal of any e-commerce. Yet, the buying experience doesn’t end when the customer adds the product to the cart and pays for it; on the contrary, it’s just after paying that the user will start feeling vulnerable and wondering if your shop is reliable, trustworthy and if the product will be shipped for real, with which carrier, when will it be delivered, and what are the steps to follow in the case of a late delivery or no delivery at all.

Usability research revealed that 97% of customers expect to be able to monitor every step of the shipping process for the products they have purchased online.

YITH WooCommerce Order & Shipment Tracking allows inserting shipping information (carrier’s name, delivery date, tracking code, carrier’s site URL to track the order in real-time, etc.) into every order and showing the same data on your customers’ accounts (both in the orders list and order details) and in the orders’ emails.

Giving customers a tool to observe the whole delivery of the product with a single click will simplify the entire sale process, will help you build trust with them, and will reduce the workload of your customer support.

The plugin supports 489 carriers; you only need to select the ones provided and the tracking links will be automatically generated. You can't find your carrier on the list? Don't worry! Give us a heads-up and we will add it in a plugin update as soon as possible. 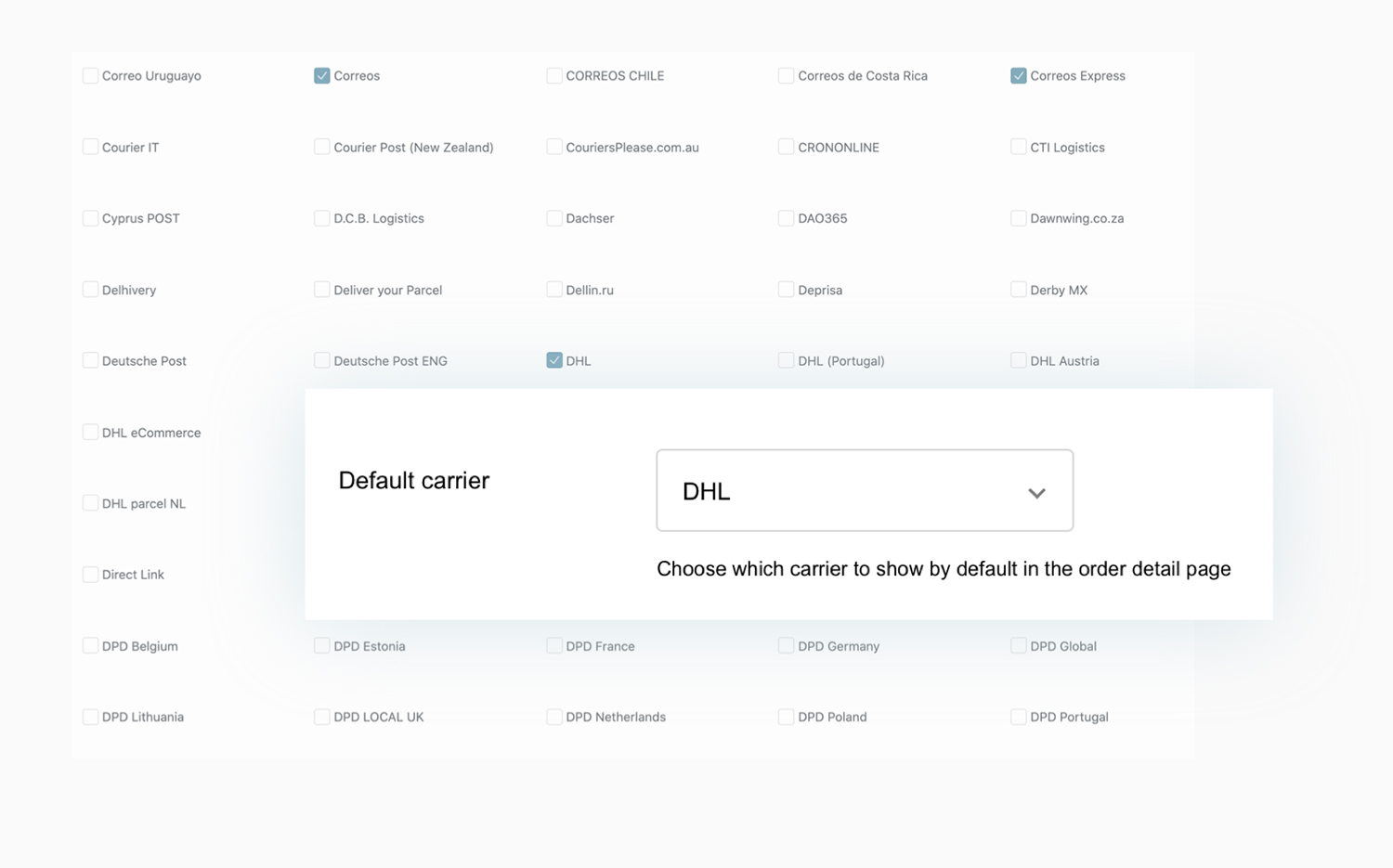 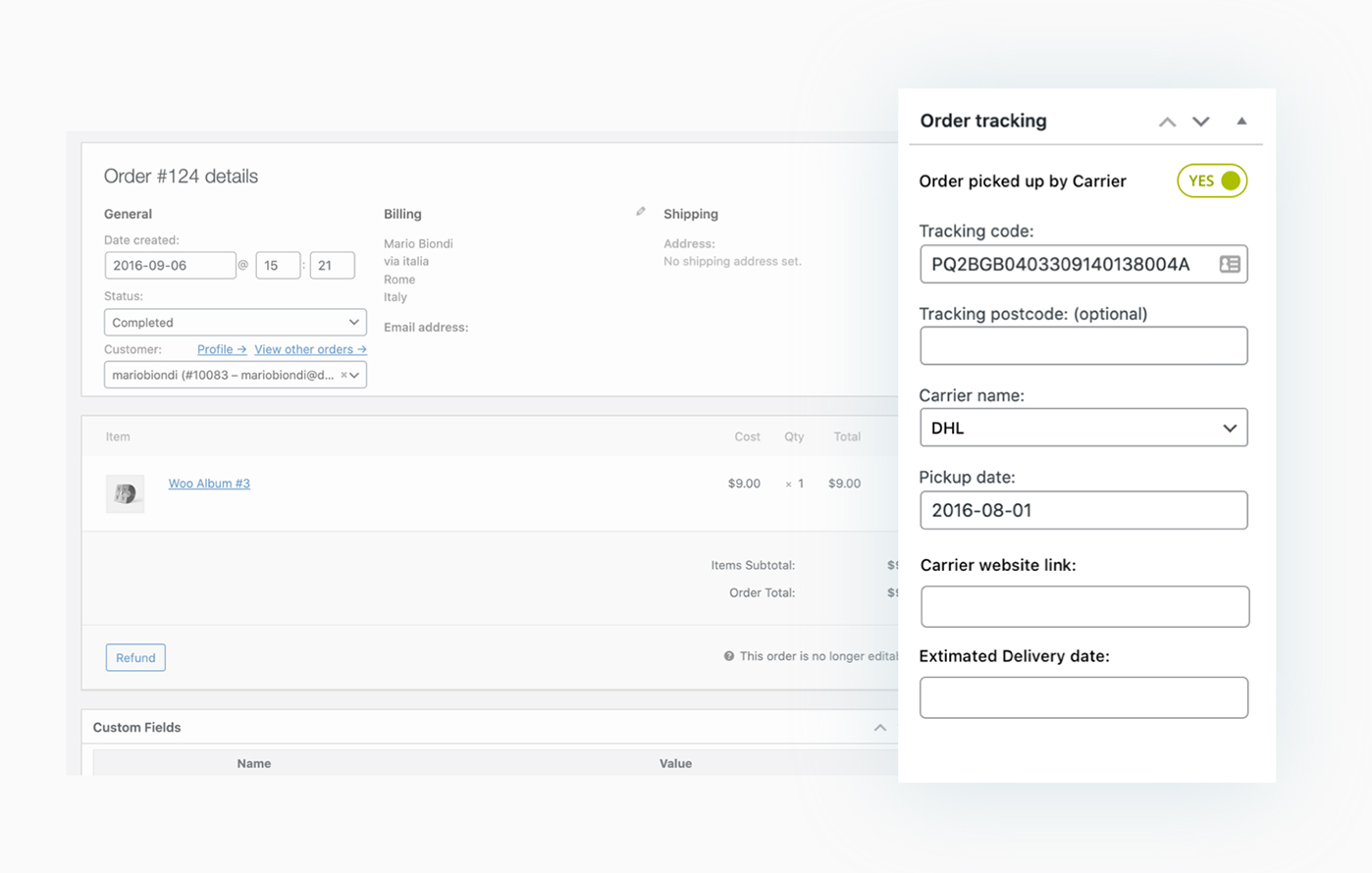 Insert the tracking data in the order

The plugin is very easy to use. Once installed, you just need to open the order and insert the tracking data in the related panel. You can also import tracking data through a CSV file.

After inserting the tracking data in the order, you can customize the text through the editor and show it on the customer's account, in the orders list (as a tooltip), and in the order details. 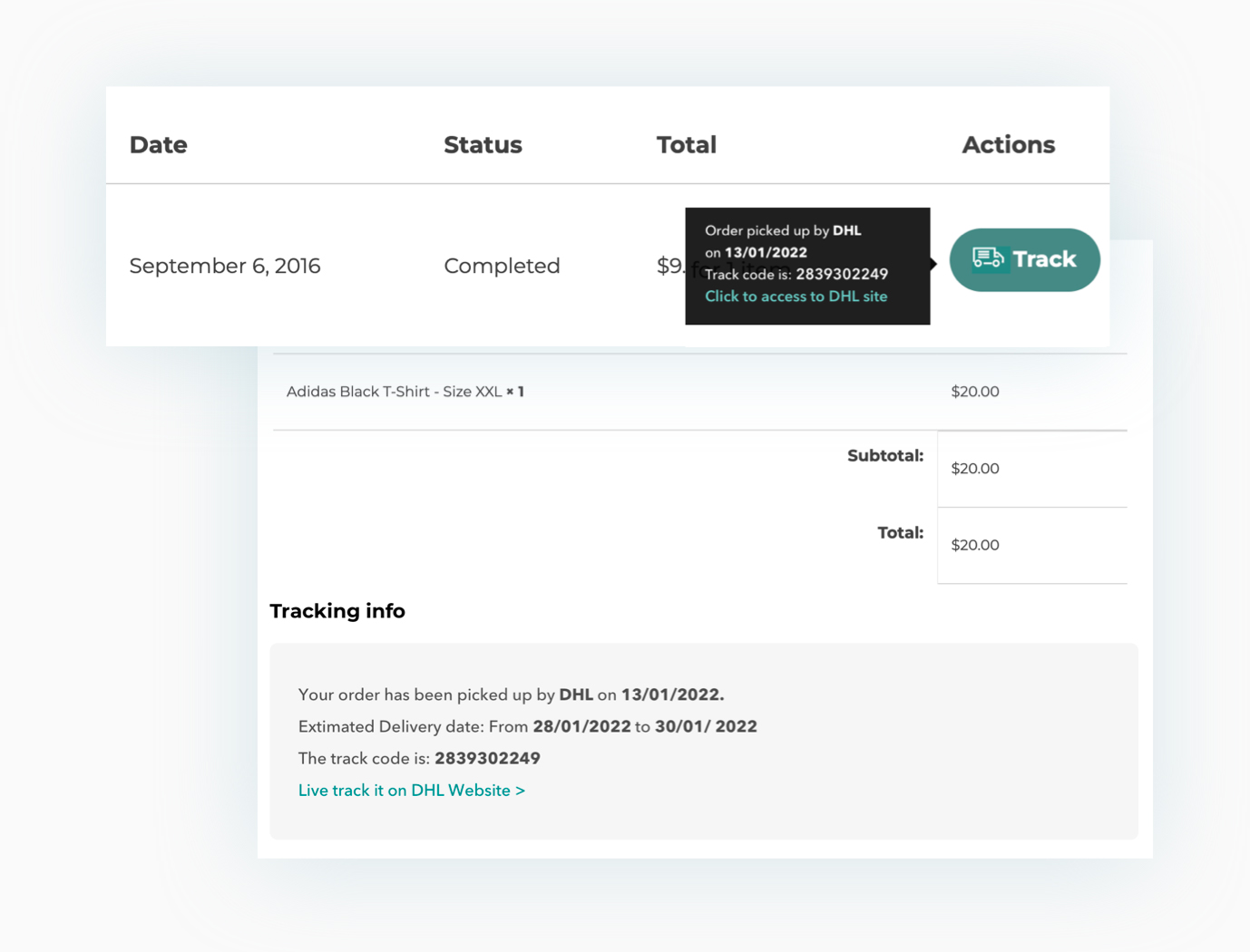 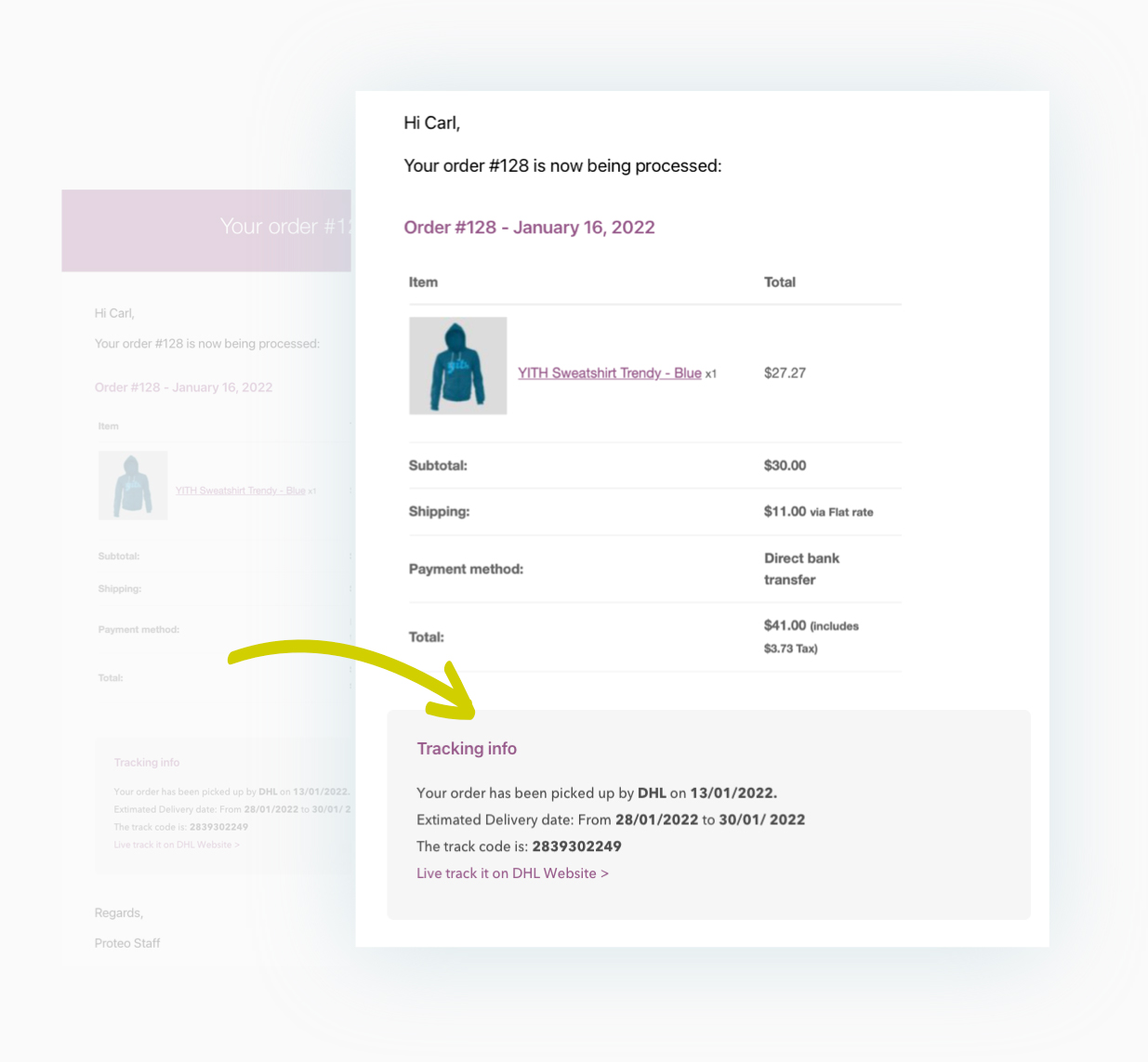 Tracking data can also be inserted into the order emails sent to the customers. You can customize the text and choose whether to show it before or after the product list.

Do you want to offer an extra service to your customers? Create an order tracking page with the shortcode included in the plugin and allow them to view the shipping status by inserting their email and order ID. 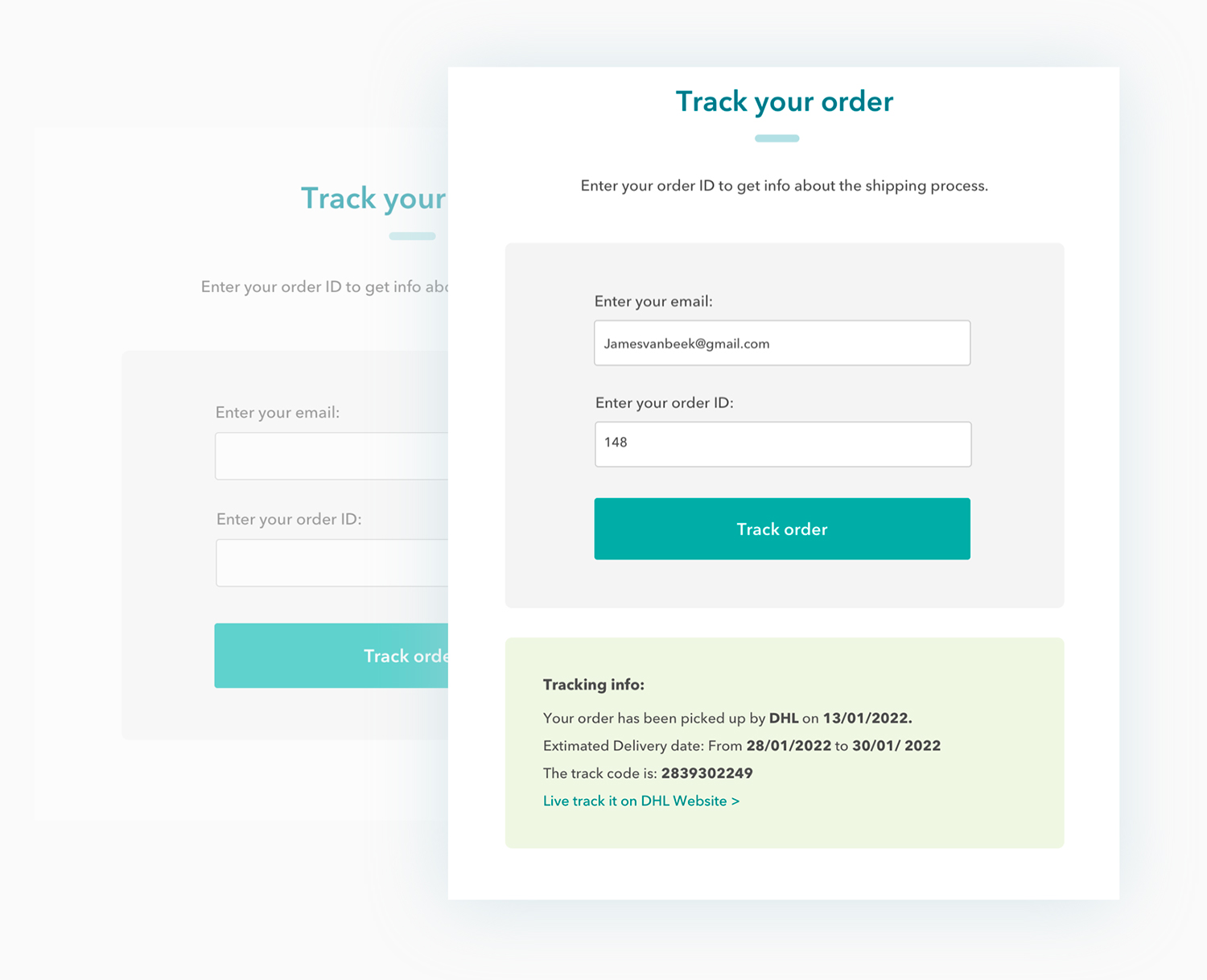 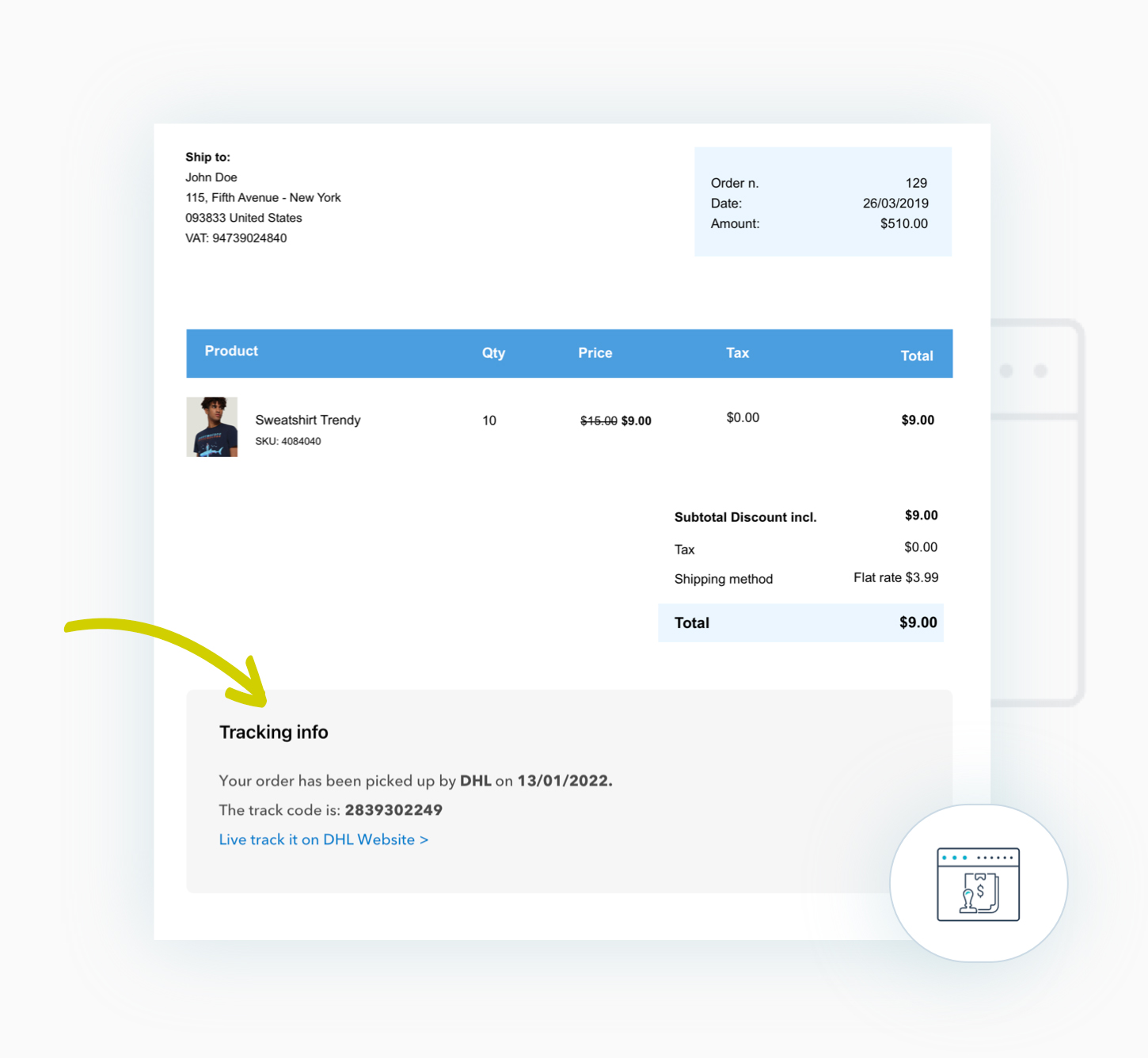 Insert the tracking data into the packing slips

Thanks to the integration with YITH WooCommerce PDF Invoices & Packing Slips, you can insert the order tracking data into the packing slips generated by this plugin.

To check all the carriers currently supported by our plugin, please go to this page.

All the products in our YITH catalog are developed on the same shared framework. This grants full compatibility among all our plugins and allows combining them together to get even more powerful results and more complete solutions.

We do our best to also include compatibility with the most popular WordPress and WooCommerce plugins available on the market.

You can use this plugin with*:

YITH Frontend Manager for WooCommerce adds a frontend dashboard to your site through which the administrator and shop managers can manage orders, products, and coupons as they would do from WordPress dashboard.
If combined with YITH WooCommerce Order & Shipment Tracking, you will be able to manage the order tracking data from the Orders section on the frontend.

YITH WooCommerce Multi Vendor allows you to turn your store into a multistore where vendors manage their own product and earn a commission on every sale.
The integration with YITH WooCommerce Order & Shipment Tracking allows every vendor to enter the shipping data for each one of their orders.

YITH WooCommerce SMS Notifications allows you to automatically send notification texts towards admin and/or users, to communicate the changed status of an order.

The integration with YITH WooCommerce Order & Shipment Tracking allows you to enter the shipping details in the SMS text you are sending. This data can also be dynamically processed using the dedicated placeholders.

* All the plugins listed in this section are not included in YITH WooCommerce Order & Shipment Tracking. In order to take advantage of a specific integration, you need to purchase and activate the premium version of the related plugin. 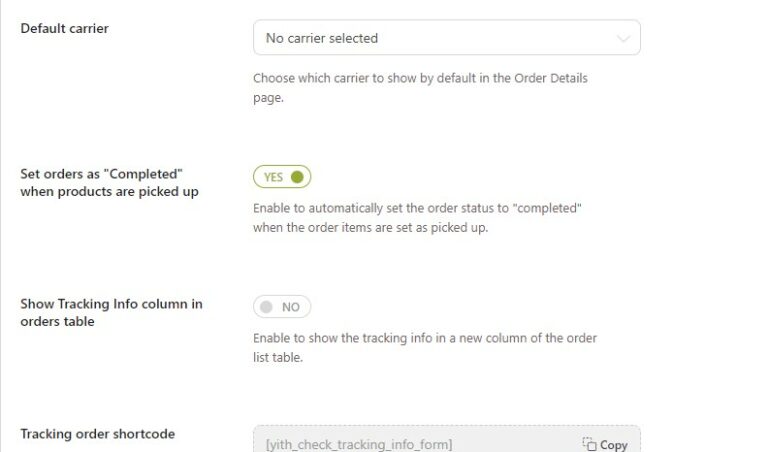 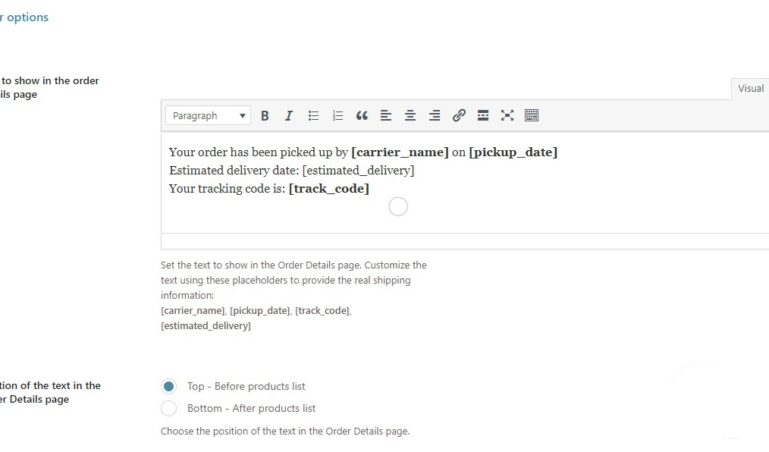 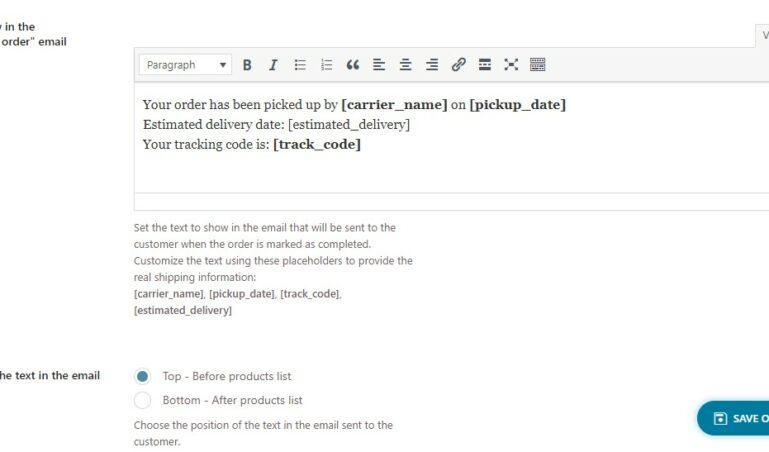 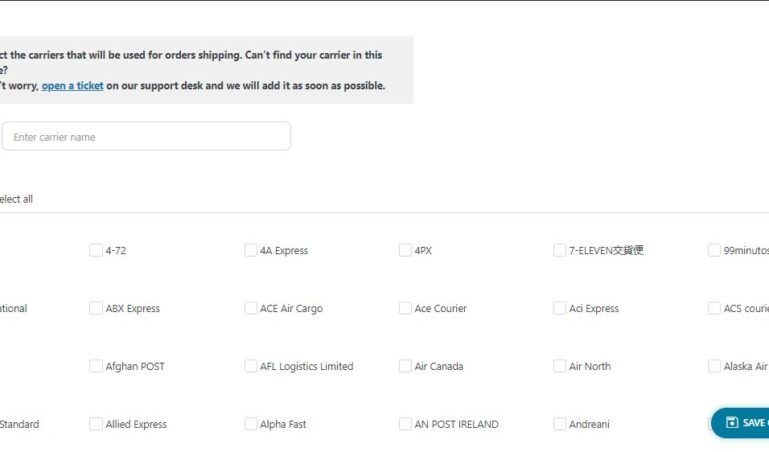 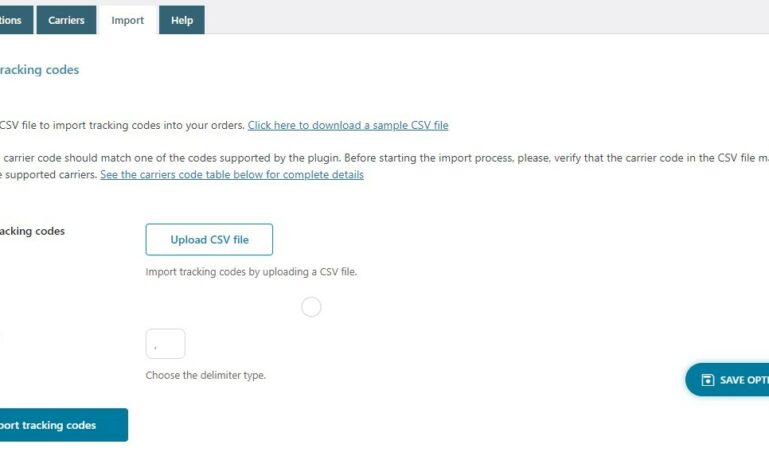 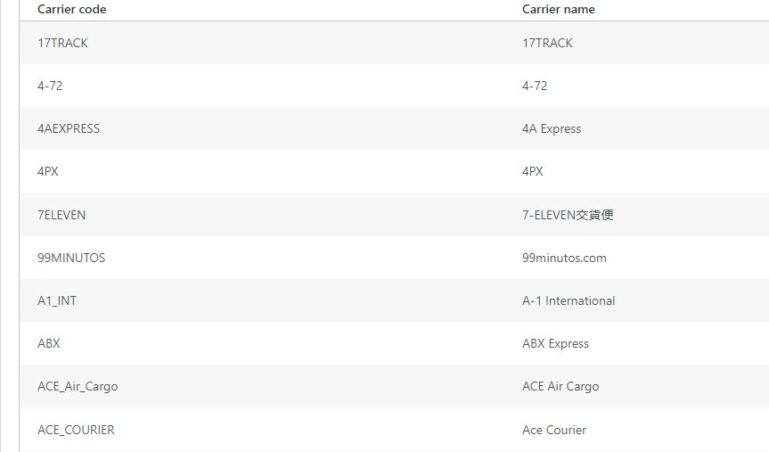 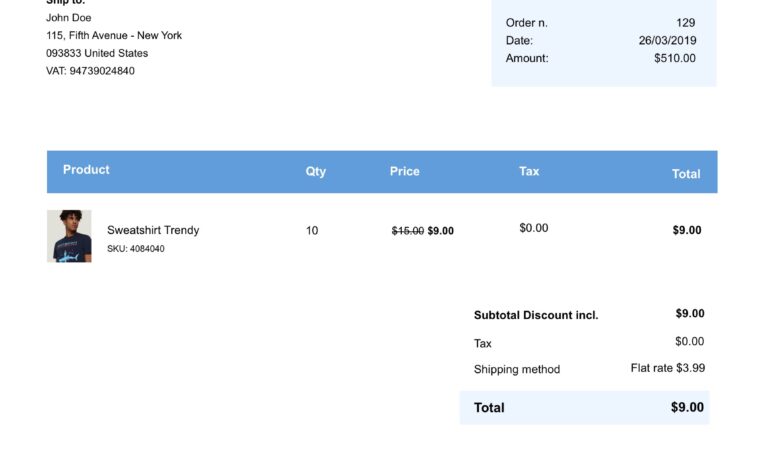 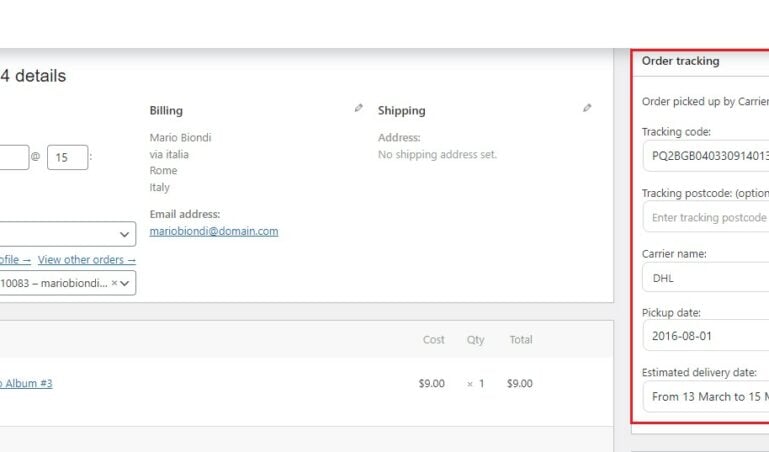 Order picked up by carrier 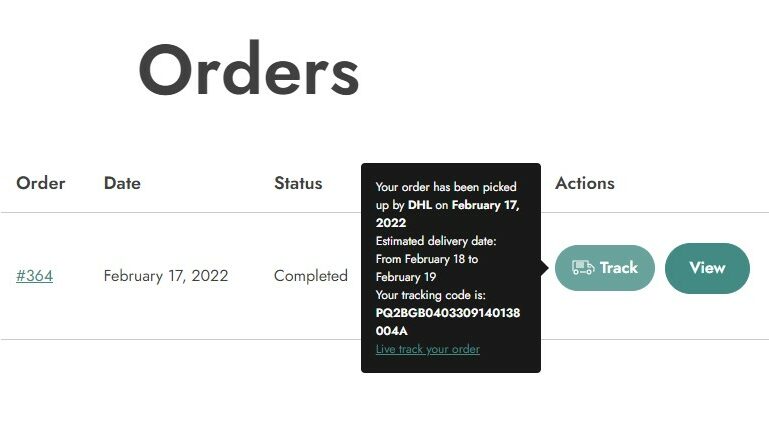 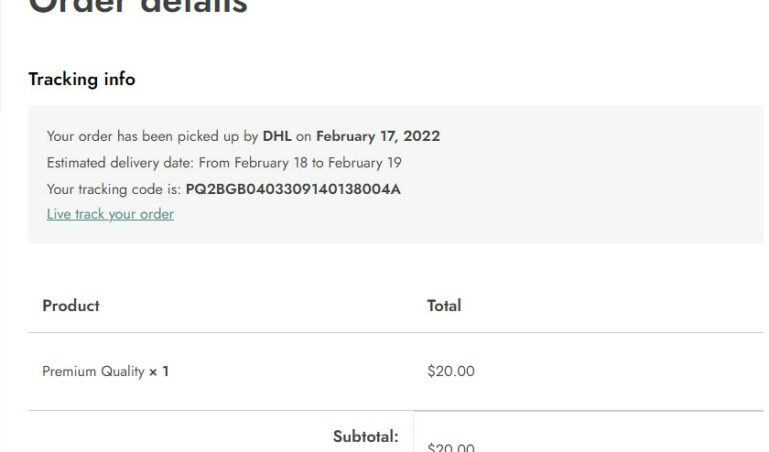 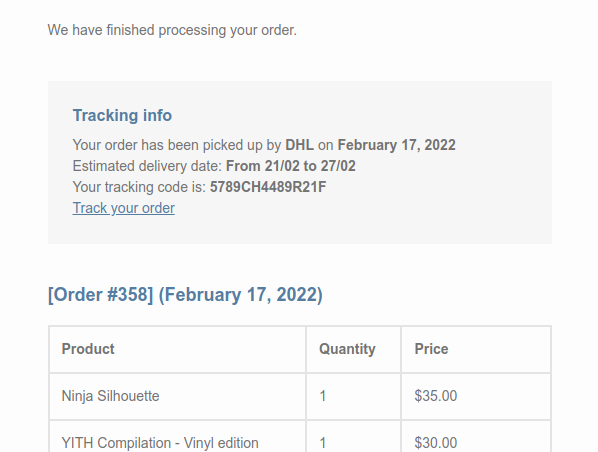 Are you a customer? Submit your review

Only logged in customers who have purchased this product may write a review.

Here you can find some frequently asked questions about this plugin. If you can't find a reply to your doubts, ask a question: we will reply in a very short time
Topics:

Is there a way to show when the products are supposed to be delivered?

Yes, when inserting the tracking info in the order, you will also find a text field that you can complete to inform customers about the estimated delivery date.

Is it possible to let customers track their orders by inserting the order ID?

Yes, the plugin allows showing a form through a shortcode where customers can add the order ID and email to track their order.

Is there a way to import tracking data generated by another plugin?

Is the tracking code sent to customers by email?

Yes, after inserting the tracking code in the order, the data will be included in every sent email combined to that order. By clicking on Track your order, customers will be redirected to the carrier’s site, specifically to the section where they can track the current shipping status.

Can I customize the message I want to send to customers?

You can set your own text for your WooCommerce orders using the specific option available in the plugin. You can also use some optional placeholders to specify the carrier’s name, tracking code, shipping date. and estimated delivery date.

I use a carrier for shipping in my country and a carrier for international shipping. Is it possible to set two different carriers?

Yes, you can select the carriers that will be in charge of your orders shipping from the tab Carriers available in the plugin panel.

If my online store uses a carrier not supported yet, how can I add it?

To add a new carrier, you need to submit a support ticket specifying the carrier’s site URL and valid tracking code so our developers can add it to the plugin.

Send us your question and we will reply very quick!

Buyer Protection If you are not satisfied with our products, you will receive a 100% refund for any reason. Read more about the refund policy >

We take great care of you and your shop today, and every day after that.