Grab everything with a 40% off* only for today! No coupons needed.

BROWSE OUR PLUGINS > *Offer ends on November 30, 2022 08:00 GMT. Valid for first-time purchases only. Product subscriptions renew at regular price after the first year. Cannot be used for renewals or in conjunction with other promotions.

It might sound pathetic, but being able to sponsor the second WordCamp in Catania, after a break of more than 9 years, was… priceless!

This was a special WordCamp for all of us at YITH, as it was organized in the city where YITH took its first steps and where one of the two YITH offices is located. Without detracting from the efforts and support we put into all the other WordCamps, in which we are eager to take part every time, Catania meant something more to us, as it’s part of our hearts, our roots.

It was 2010, so 9 years ago, when the first bit of today’s YITH took part in their first WordCamp, and it was right in Catania. Many things have changed since then in our company’s history (even the name, it used to be just Your Inspiration Web) and in the team members’ lives as well.

This was just the beginning, and if we look back at what YITH was by that time and what it is now, we feel proud of its progress and thankful to everyone that made it possible: first of all, the WordPress Community which has been supporting the open-source software and helps millions of users. Keep supporting this awesome project is today one of our main concerns and sponsoring WordCamps is just the least we could do. So, coming back for a WordCamp in Catania after 9 years meant a lot to all of us.

This is also one of the reasons why the YITH team took part in the event as a whole, it was the massive green spot standing out from the crowd. 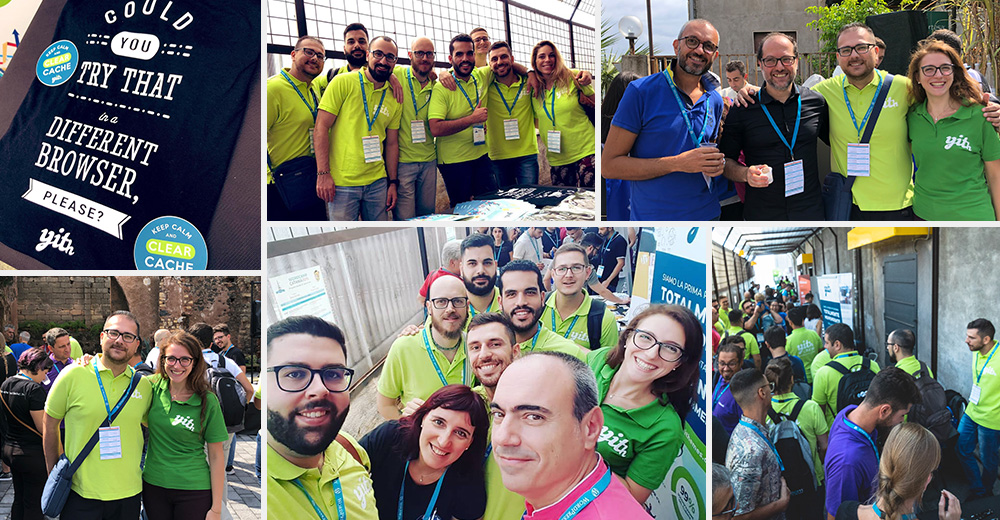 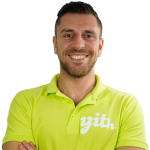 
I have attended many WordCamps so far, both in Italy and abroad, but this one had a totally different flavour. The event took place in Catania, the town where I live and work, and it was so nice to share it with all the YITH team.
It’s been years since a WordCamp last took place in Catania, but after seeing the enthusiasm of all the attendees, amazed by the attention to every detail, I would not be surprised to see it happen again in 2020 and even more successful.

The only sad thing was that not just everyone could be there, because of several reasons. We missed them a lot and we want to send a huge virtual hug to Alessandra, Sara and Ronald who were there with us in spirit.

Enough with pathetic reflections, let’s go to the point: the event turned out to be a great success!

Friday was a busy day, start at 9 am, the location got quickly crowded. The working teams were organized by subject with tables for Core, Polyglots, Community, Themes and Support. As soon as the day started, participants took a seat at their favourite table and began focussing on their work with admirable commitment. It was so rewarding to see everyone work hard on their projects after being introduced to the relevant contribution group.

Also, a surprising fact was that not only did the Contributor day record a high percentage of participants but also many of them had never attended a WordCamp before. This proves that the local community is active and there’s room for growth.

During the evening, it was nice to meet the organisers, speakers, volunteers and sponsors for a dinner in an informal and pretty context, and enjoy a nice and relaxing evening in good company.

The following day, it was an early wake-up: the conference day started at 9:00 in the morning: we were happy to see lots of people coming in (250 tickets sold out) and eager to see what the event had in store for them.

And much to the organisers’ amazement, they were happy with the galvanizing speeches held in the two tracks and covering various popular topics, and happy to chat with the sponsors for new challenging ideas and projects.

As it always happens during WordCamps, it was nice to meet old friends and make new ones from anywhere in the world, but all from within the same tender community. 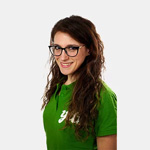 
The extraordinary fact of every WordCamp is that you always feel like in a family, whether you know people or you’re meeting them for the first time. It’s a unique atmosphere that takes WordCamps to the next level”. 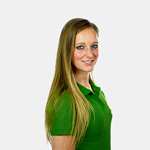 
Although Italian isn’t my first language, I have to say that I’ve enjoyed the speeches I’ve attended and the overall Italian hospitality.

The social side of the event…

The first two things that come to your mind when you think of Sicily are sun and good food. Well, the weather was a bit whimsy, but fortunately, the sun was peeping through the clouds during the day. For what concerns food, though, we have to admit that it was up to everyone’s expectations, with some traditional and delicious dishes that made the day even brighter!

As usual, after the event, we could not miss the after party: together with some nice chats and more traditional food, and to make sure that nobody fell asleep because of the early wake-up, we were delighted by the live band playing the most popular hits of dance music of the 90s: you couldn’t help moving all the time!

These were two full and busy days, but we (also) had a lot of fun. It was worth every minute and our hearts are bursting with joy in seeing that it turned out to be a successful event in every detail.

Huge thanks to the organisers, Francesco Grasso, Antonino Scarfì, Giuseppe Madaudo, Emanuela Castorina, Giorgia Castro and Angelo Venturelli for the great job they did, to the speakers for sharing precious contents, to the sponsors for supporting the event, to the volunteers who did not stop a minute to offer the best and most welcoming service ever, but huge thanks to every attendee, which made every effort worth it!

Where to find us next: