We often underestimate the potential of Email Marketing for online stores, thinking it’s obsolete and rather considering new and innovative strategies to increase activity on our store.

The truth is that Email Marketing, although it’s a dated system, it is still an effective way of handling your promotional needs, because of a few simple points:

As always, the best way to understand the importance of this service is to try it out yourself.

So let me tell you about Ted, how he discovered this system and how it completely changed his job.

His store was going through a rough phase, which started a few months after its opening: despite a successful start, sales slowly decreased, settling down to a pretty low monthly average.

Time passed and despite several marketing strategies, Ted’s sales did not improve: the worst aspect of which was that he knew he was selling high quality products, which was proven by customer reviews, but it wasn’t enough.

At this point Ted decided to attend a web marketing seminary somewhere close to where he lived, in order to learn new strategies to use for his online store.

Despite what he learned that day proved to be profitable for him, such as learning new ways to get more customers to be interested in his store, Ted was still focused on a main issue he couldn’t wrap his head around, so much so that he told a colleague during the dinner that followed that convention.

The issue being that – he admitted – despite many customers proved to be enthusiastic about what they bought from his store, almost none of them had made another purchase in the following months: he couldn’t keep his customers faithful to his store.

To his surprise, the other one didn’t flinch. He asked him what promotional strategies had he used so far, then he suggested he started using Email Marketing.

And that’s what he did: in his case that proved to be particularly effective, since his products were oriented to a target audience that’s easily interested in other items of the same kind.

Ted decided to use Mailchimp, one of the world’s most inclusive and used service for online marketing. That’s how he managed to increase the conversion rate on his website, thanks to a periodic email system describing deals and new products.

If you want to test the effectiveness of this service on your WooCommerce based store, I suggest you try out this plugin: 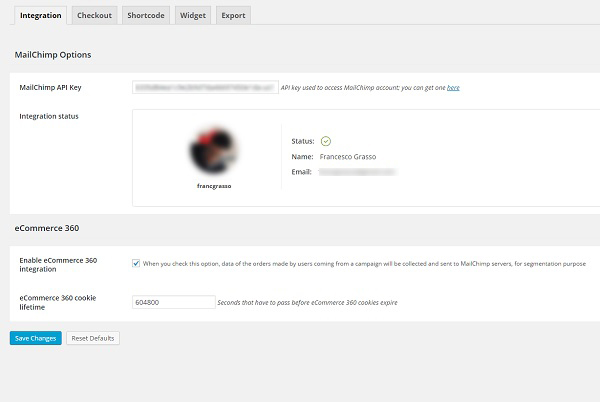 At this point you’re free to chose where and when – during the checkout process – to display the checkbox that enables customers to subscribe to your newsletter.

This plugin also offers many other interesting functions.

One of which is the chance to separate your customer base into different groups from your list according to the category of item they purchased. This way you can let Mailchimp set up a sequence of custom emails to be sent automatically to customers each time they buy from your store.

If you want to check out all of the functions offered by this plugin I suggest you look into its documents.

And if you have not done this already, then implement this function on tour store right now and see the results for yourself, since this is something no e-commerce store can do without.