Due to lack of time or will, we got used to take online tutorials entirely for granted.

Mind you, we do check on them a little, maybe by going through readers comments and feedback from others who tested that specific guide before.

If that experiment was successful, then we mindlessly accept its effectiveness and proceed to use it ourselves.

Truth is that, as this article will explain, to properly understand the mechanics behind a certain strategy, you need to fully understand the way it works, in order for you to shape it and adapt it to your specific situation.

b>All marketing strategies were born from somebody who studied a certain phenomenon and then adapted it to their needs.

To make my point clear, let’s talk about a tool that is commonly used as an incentive for potential customers to buy online products: timed offers.

There is a simple superficial explanation for this: timed offers or limited edition deals encourage customers to buy a specific item, allowing you to get rid of leftover stock easily. Flash sales show great persuasive power.

In order to fully understand how this marketing tool works, we need to take a step back on the evolutionary ladder.

Studies of animal psychology allowed us to identify a few “programmed” patterns in animal behaviour.

A chick constantly tweeting at the very same tone and pitch to call for its mother’s attention is a valid example of these patterns, or a venomous plant color that gets naturally associated with danger.

This kind of behaviour is often associated with animal instincts, and they are called Fixed Action Patterns.

Clearly, despite the fact we like to believe otherwise, us humans have similar behaviours but, unlike our four legged friends, our Patterns are often influenced social and cultural conventions.

“Expensive = Good” or”I NEED to reciprocate a gift” are only two examples of the conditioned behaviour we received while growing up that are commonly used for marketing campaigns, the first one is the base concept of Upselling: in case there is no basis for comparison, price is what defines the value of a certain product.

Studies of behavioral patterns is surely interesting and each one deserves its own article, but today we are going to explore one in particular:

The Principle of Scarcity by Robert Cialdini

The flash sales system, as much as the limited edition one, cause an automatic desire reaction towards a specific item, this is the Principle of Scarcity Cialdini speaks of.

This principle is based on two human fixed action patterns:

If a deal expires after a certain amount of time, that means soon I won’t be able to get it, which creates a strong desire for it in me.

This struggle against whatever limits our freedom is a constant of our growing process: from children who specifically want what they were forbidden to have, to teenagers who want to go to a party against their parents’ will and so on.

Let me make a practical example: Purdue University conducted an experiment on a group of students: they were shown ads for a novel and only some of them displayed an R-Rated mark.

The results of this experiment were predictable: potential readers who encountered the R-Rated mark were more likely to buy the book and their mind already created the prejudice of it being an interesting book.

This fixed pattern does not disappear as we grow older, just think of how much more inviting a piece of chocolate is, if it is among the last ones left in the box.

The process behind this pattern is not limited to products only but also to obtaining specific information.

YouTube is a valid example of this: in case of a video being uploaded and then removed because the author regretted something about having made it, suddenly this video becomes viral and gets reuploaded by dozens of other channels.

The best way to keep people away from something is to forbid it.

This is how the psychological system behind the success of flash sales or limited editions work.

Let’s reinforce this concept with a couple more easy examples:

And if you still have doubts about the effectiveness of this system, consider the fact that Amazon itself creates flash sale deals or “while stocks last” offers. 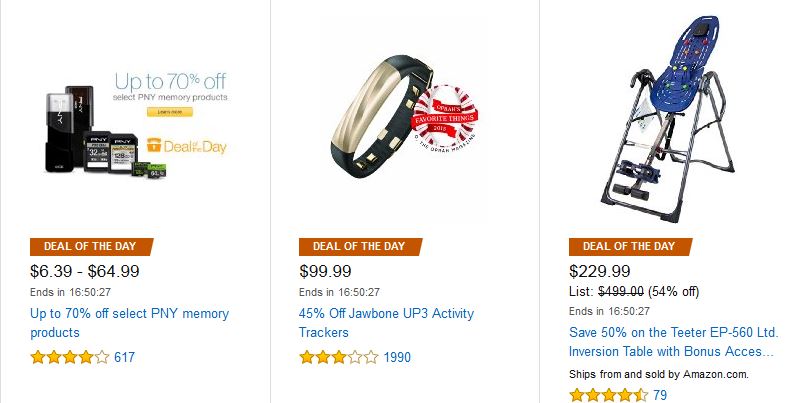 As you can see the system used by Amazon is even more effective, since the real time counter showing the time left to the end of a timed offer gives customers a sense of urgency.

Besides, a counter is a tool that, as opposed to most marketing systems, gains effectiveness over time. The more the deadline draws near, the more customers are pushed to buy.

This is the full potential of this tool: understanding the mechanics behind a certain phenomenon is the first step towards understanding your customers behaviour and their needs.

If you want to try out this marketing tool on your WooCommerce based online store, I suggest you use the Product Countdown plugin, which allows for a counter to be displayed, showing exactly how much time is left until the end of a specifically timed deal.