There are tools and marketing tips that are in such common use they are now part of our daily lives.

What’s risky in such a massive use of the same tool is to stop seeing it as a tool but just as a common element we all deal with.

This happens in the case of newsletters: we are so used to see websites inviting us to subscribe to their newsletter that we forget the actual importance of this marketing tool and maybe we don’t even consider using it for our own store.

Or if we do, we don’t know how to use its full potential, reducing it simply to a way to spam our products or promotions.

As I’ve stated before, a tool is only as good as the hand who uses it, that’s why today I’m going to analyze a successful Email Marketing strategy you will be able to apply to your own business.

The protagonist of today’s article is William.

William’s case is one of the most fitting in order to show how a good marketing campaign might improve your business.

William is a web journalist: after spending the past five years writing for blogs and online journals, he decided to offer his experience to others in the form of an Online Writing Course.

It was a winning idea: as we have seen in previous articles, offering an online course has several good aspects, including rising the average transaction value, little development costs, and the chance to keep customers loyal to your services.

William was able to sell his course to many enthusiasts in his field that were able to read his articles before, but clearly that was a limited customer pool.

After the first months had good sales, the course started to make less and less money, to the point that William wondered if his customer pool had already depleted.

Visit wise, though, many people kept being redirected to his website when looking for a writing course, so why were his sales going down?

He considered the possibility that those who were interested in his course were not likely to buy it since it didn’t have reviews or testimonials, and he was right.

Reviews are very important for any kind of product, but the higher the price, the more customers’ opinion becomes relevant.

When looking for a learning course then, it’s important that people who had the same necessities of other possible buyers, display their satisfaction about a certain product.

So William decided to exploit the Email Marketing system in order to increase the number of his reviews, managing to multiply them tenfold thanks to an automated email system. 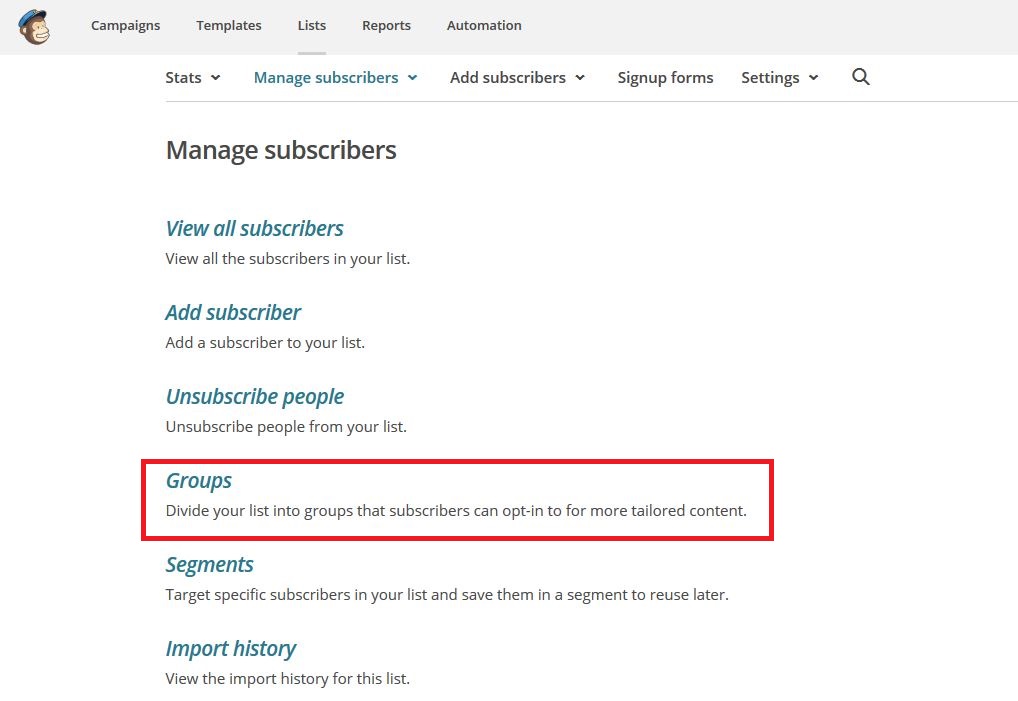 That’s how he was able to divide the subscribers between those who subscribed using the form on his website and those who actually purchased his course.

In order to identify this second type of subscriber, William used a plugin that allowed him to set advanced options during the checkout, starting from the group they would end up in:

Once the group is set up he had to decide which item should trigger certain customer to end up being part of a specific group:

And that’s how he identified a specific group of users that bought his writing course among his Mailchimp list. So he could use a much more precise tool that would allow him to contact them at any time, both manually or in an automatic way.

And that’s exactly what William did: he exploited Mailchimp’s automatic functions. 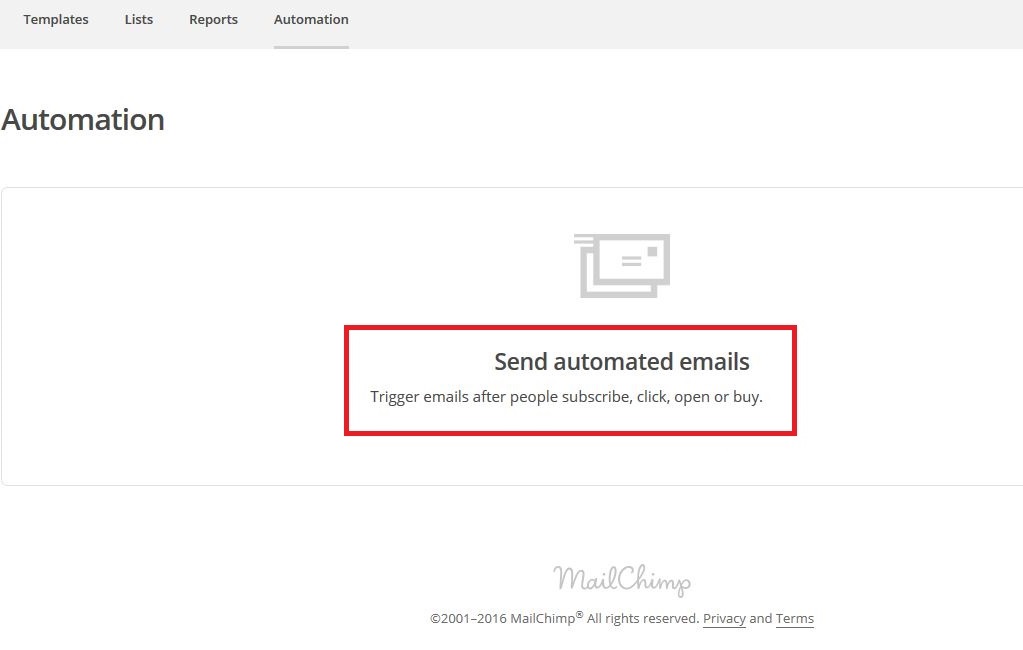 For short: William knew his course lasted one month. That’s why he set an automatic email to be sent to any email address in the “Customers” group, so only those who actually bought the course.

The email was scheduled to be sent exactly 40 days after purchasing the course, in order for customers to have time to complete it and start to apply his new knowledge, but not too long after, which would let customers to forget about it.

That’s how he had an email group he could send an email to, once the course was over.

What then? If he’d ask for a review right away, very few would have answered… after all, they’d had nothing to gain from that.

He then used another strategy, the email he scheduled only contained a few lines and could be summarized as follows:

Hey, how are you doing today?

Now that you’ve completed your Writing Course I can’t wait to see how much your skills have improved!

The best part of an online course is that I can talk to my students even after lessons, so I’d like to know how did you enjoy my course!

William purposely used a rather informal and friendly tone for his automatic email, which led his subscribers to believe he was taking personal interest in their progresses, thus becoming a real testimonial magnet!

Can you tell the difference between that message and this one:

Ten days ago you bought my Writing Course, Thank you!

If you enjoyed it, please leave a review.

Both emails have the purpose to gather reviews and testimonials, but while William used the first one to put himself in a position of advantage, since he took personal interest in them without (apparently) asking for anything in return, in the second case the request for reviews obscured the rest of the message, making the customer feel just like another one of his sales.

William’s ways can be adapted to other kind of stores as well, such as one that deals in several different types of products.

Just create a Mailchimp group and divide it into a few dedicated subcategories. For instance, say I sell books, ebooks and music cds, I can set a rule that specifies that according to the product they bought, customers are going to be inserted in the Customers > Books, Customers > Ebooks or Customers > CD subcategory.

That’s how I can divide my emails into categories and create as many rules (also called Follow Up) as I want in order to achieve different results.

In William’s case, for instance, he exploited the Follow Up in order to obtain reviews.

They can also be used to promote a product that’s about to be sold (creating a pre-sale marketing campaign) or to sell a second product to a customer that has already bought something from you (maybe including a discount code in the emails).

As I stated at the beginning of the article: every tool is just as good as the hand that uses it, so just get your creativity going and allow it to improve your store.

P.S. If you use WooCommerce, WooCommerce Mail Chimp is a useful Mail Marketing plugin which allows you to automatically insert your customers’ emails into a specific list or group according to the kind of purchase he performed, if you wish.